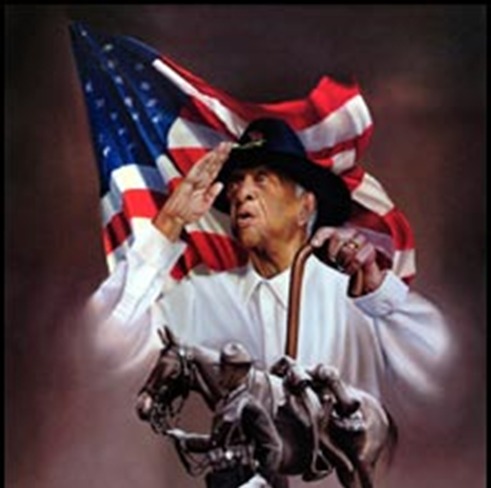 At CW EXPRESS, we are dedicated in our efforts to help bring peace to our troubled world.​ Working toward that end, we share documented, historical truths related to the Buffalo Soldiers so as to educate, inspire and empower people everywhere, young and old, to be the very best they can be.​

​(Quote) "If you were traveling in Texas from San Antonio to El Paso in the 1870's and you were pinned down by outlaws or warring Native Americans, who would most likely come to your rescue?"

"These were The Buffalo Soldiers, (The Men In Blue.) They patrolled the roughest, toughest terrain in Texas and were among the 'peace-keepers' who also built camps, forts and railroads."

"They delivered mail, ran telegraph wire, charted the land, chased down outlaws and helped protect the settlers. Without the Buffalo Soldier's contribution, the settler's movement westward back in 19th century America would have been delayed by at least 50 years," said Captain Paul J. Matthews,U.S. Army Veteran & Founder of the Buffalo Soldier National Museum in Houston, Texas.

To sum it all up Charley Waco says, "The Buffalo Soldiers (just up from slavery,) had to be long on courage and integrity to do the dangerous work they did providing security for the safe transport of people, property, and mail across the hostile, western frontier. We are 'Duty-Bound' to share this message, so as to instill a renewed sense of dignity, pride, hope and honor in our countrymen and women, enlightening them as it relates to this unsung segment of our rich, American History.